For the reorientation of the Citizens Advice Bureau in Frankfurt am Main, DIA - Dittel Architekten developed and implemented an overall concept for the city. The Citizens Advice Bureau is intended to become the central point of contact for citizens at its new, more prominent location on the famous alleyway »Hinter dem Lämmchen« in the DomRömer Quarter, which was opened in 2018. DIA developed an innovative platform for modern communication, information and exchange in the form of a showroom with an interactive digital concept. As part of an invitational announcement, the design of the architects at DIA prevailed. 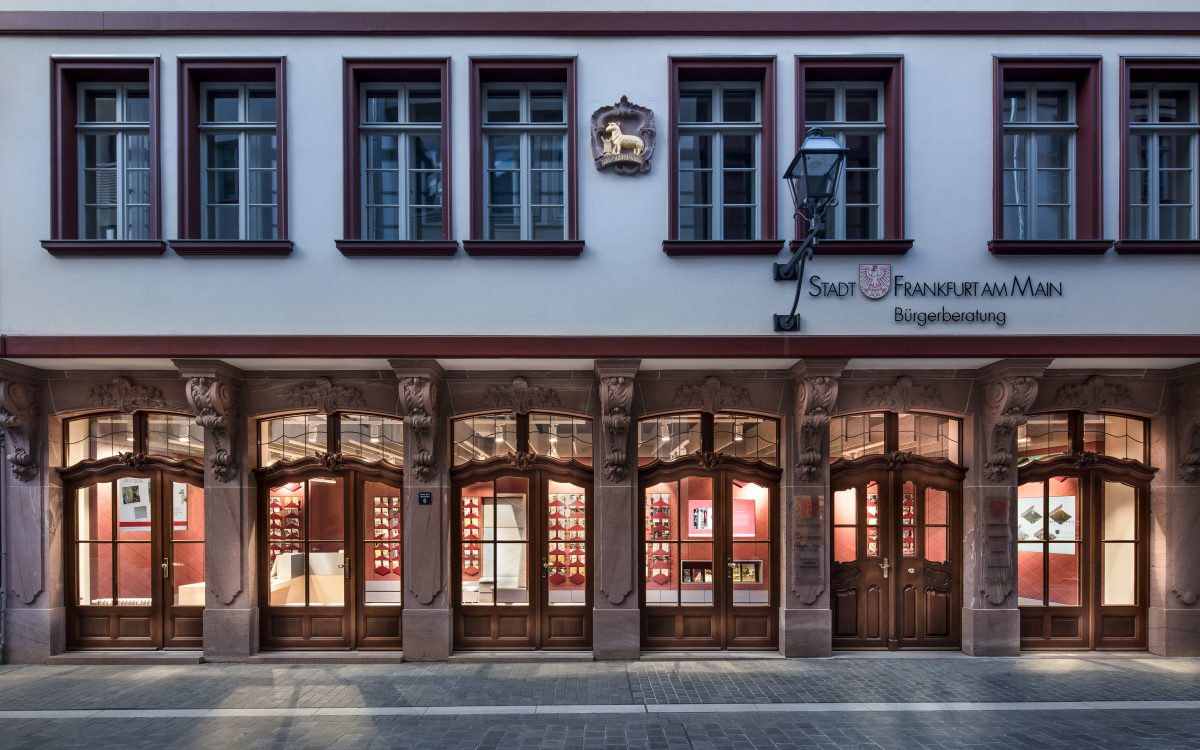 The highly representative importance of the Citizens Advice Bureau is not only reflected in the redesign but also in the location, that is, in the middle of the DomRömer Quarter. With its »new historic center«, the city, which is known for its modern skyscrapers, created a sensational district that shows how versatile and livable Frankfurt is – through the interplay between traditional and modern. This special environment and its self-confident attitude and positive image were taken up by the architects and transformed into a valuable spatial concept that puts a spotlight on the city and makes it possible to experience it in a multidimensional way. In particular, young people and newcomers should be attracted by the unique atmosphere.

The design language seized upon the traditional color and material of the surrounding environment and contrasted them with cool materials. The interior is taken hold of by a circumferential band that is a warm shade of red, attracting the attention of passers-by. The high-quality natural stone floor picks up the color and at the same time is inspired by the true-to-the-original sandstone tones of the Quarter. In addition, the rhombic structure of the above-mentioned band, which appears three-dimensional due to attached brochure holders, is also quite striking. The inspiration for this was the traditional »ribbed« apple wine glass of Frankfurt. Visitors will find constantly updated brochures and flyers here in a clearly categorized manner. 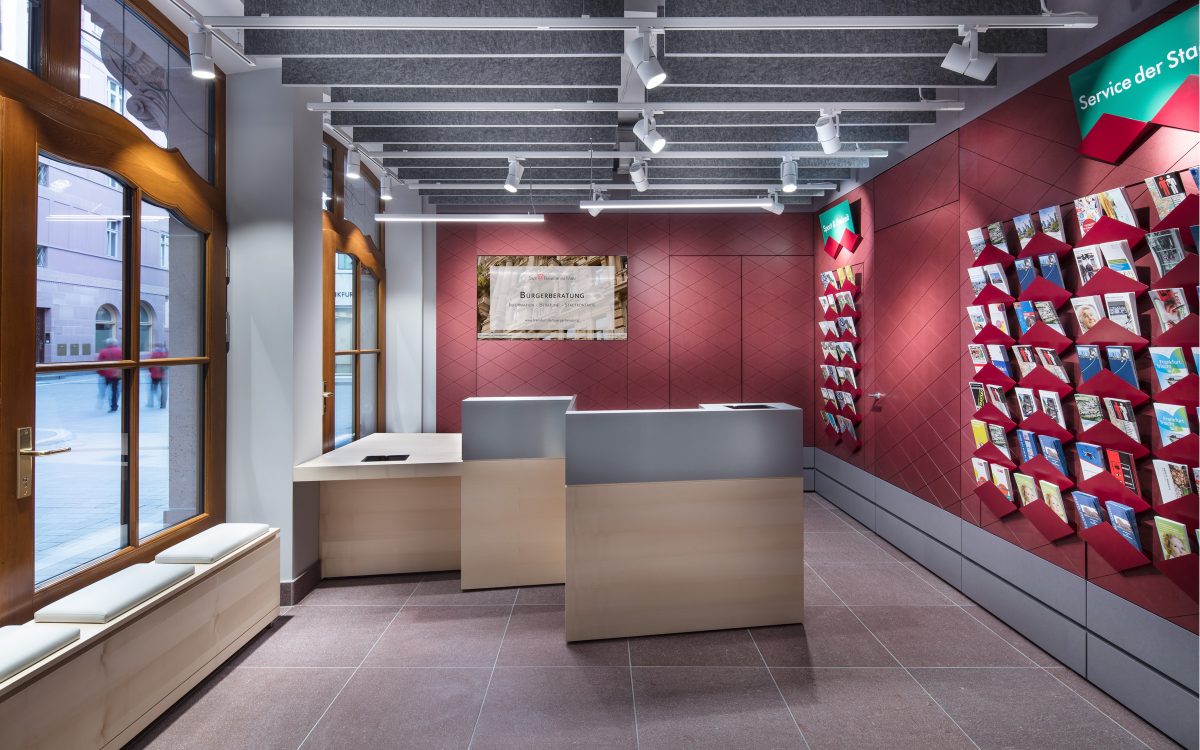 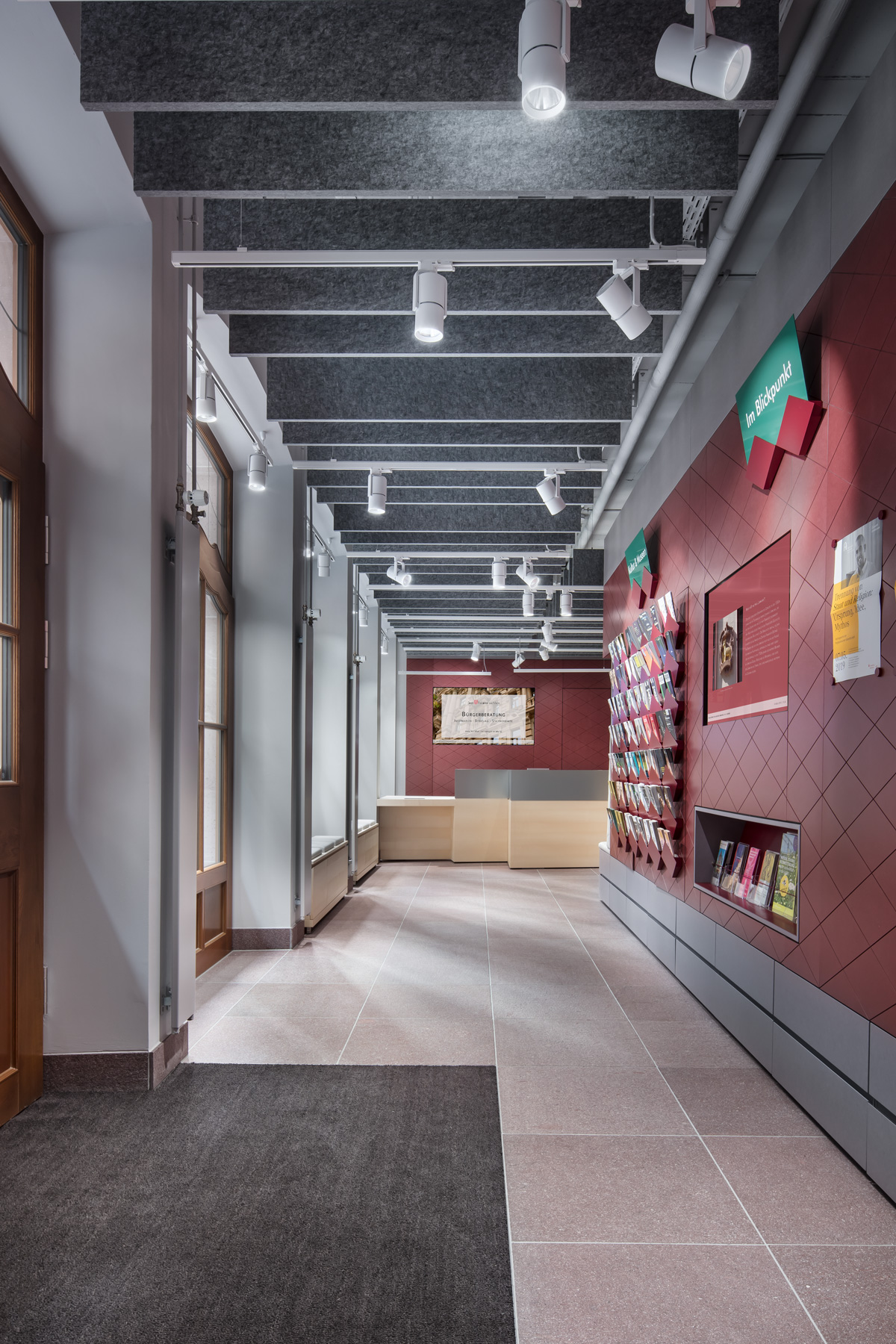 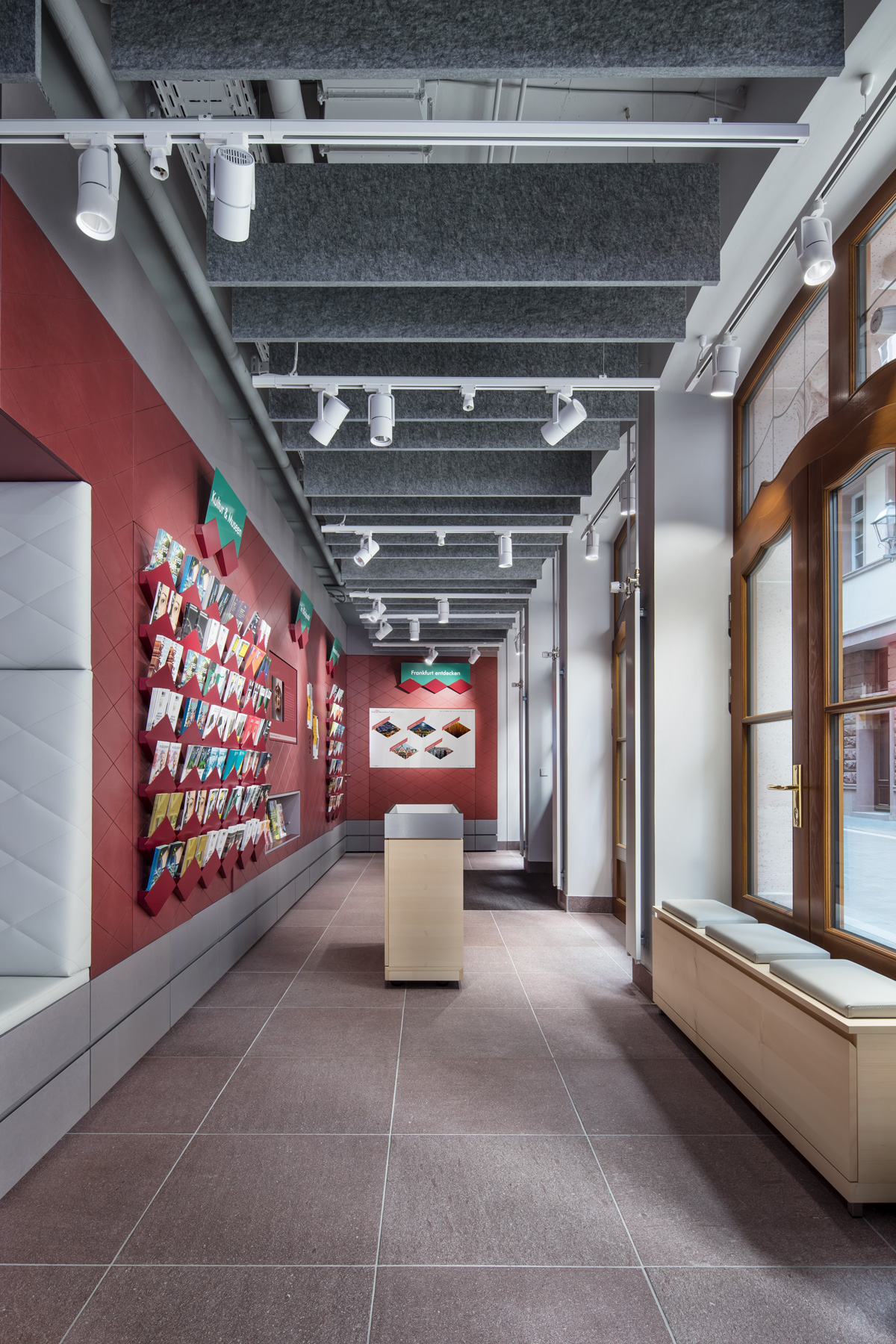 Optimum use of this relatively small space is achieved through the integrated digital information points, which blend seamlessly into the architectural language in the form of high-resolution 4K screens, giving the room an innovative, dynamic touch. Here, the visitor can intuitively find diverse information and experience the city virtually through 360° tours. Even outside opening hours, energy-saving, digital technologies are having an effect on passers-by. 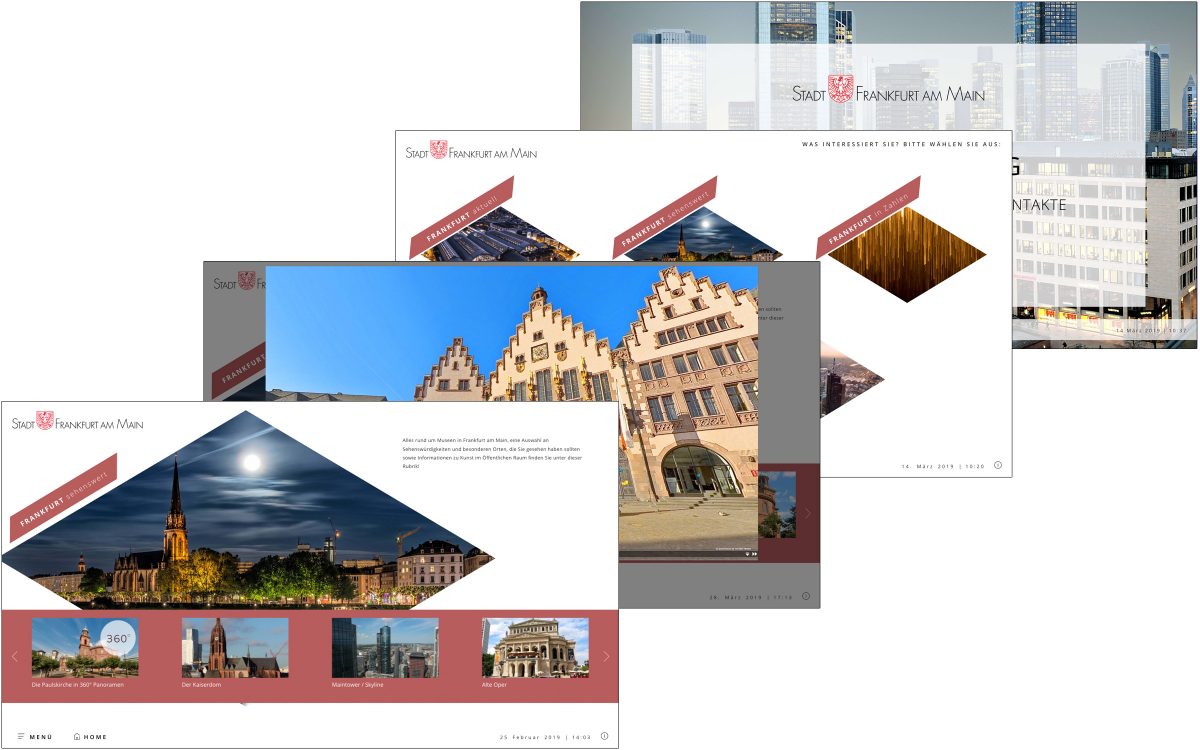 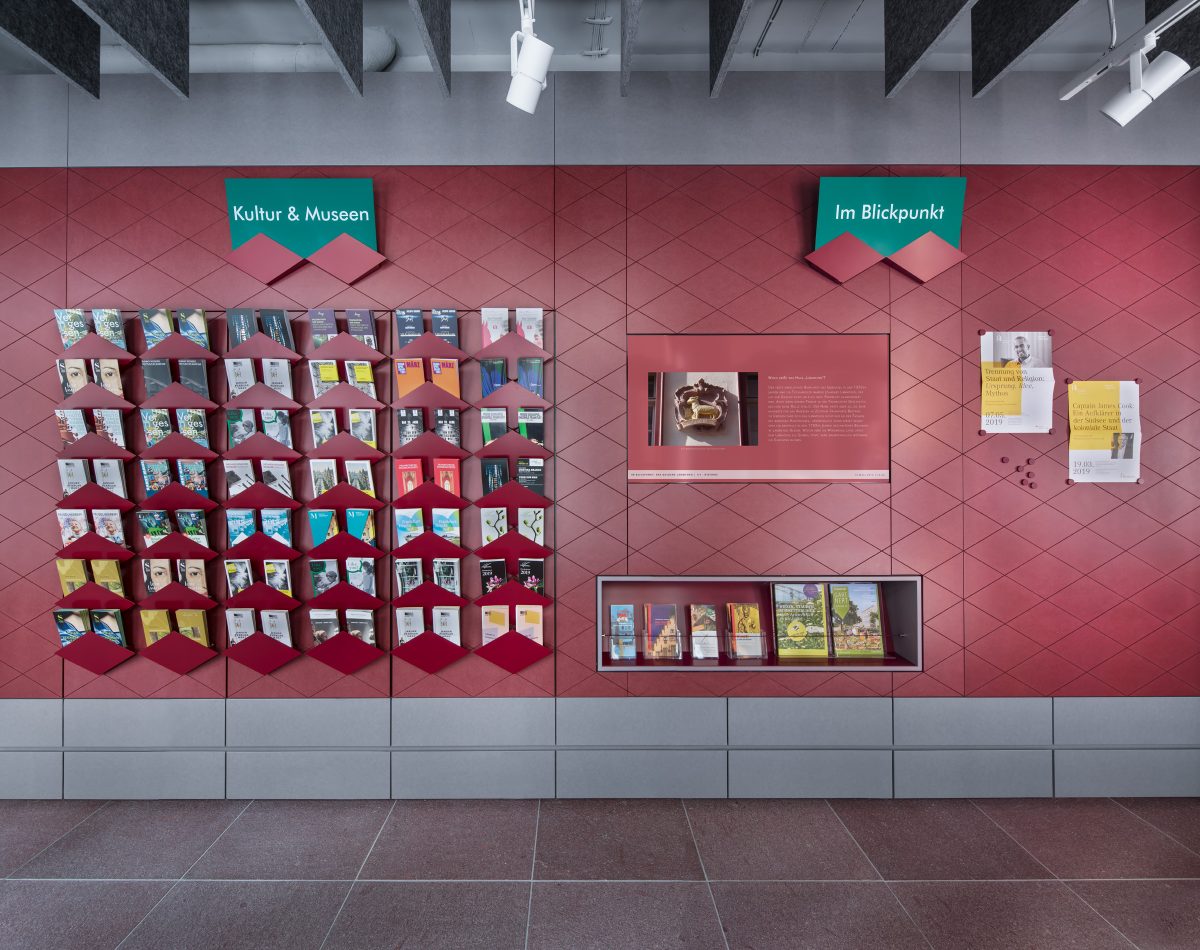 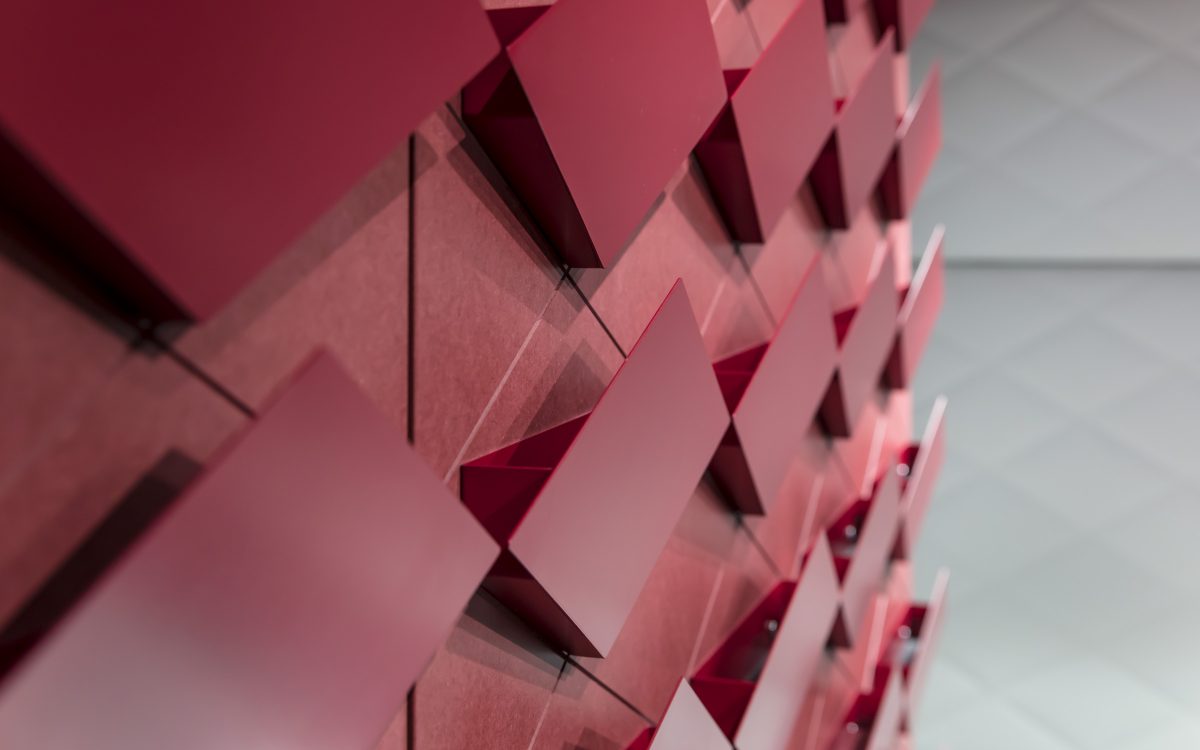 For personal contact with city experts, a barrier-free counter, which combines light wood and reflective stainless steel, is available. Furthermore, a cozy alcove fits into the wall construction and underscores the hospitable atmosphere. The height of the narrow room is obtained through the open ceiling. Here, acoustic baffles and light rails form a symbiotic sequence, giving the room pleasant acoustics and optimal lighting options. This combination of modern design, innovative capacity and high service quality makes the Citizens Advice Bureau Frankfurt a pioneer and gives it a character that is unique in Germany. 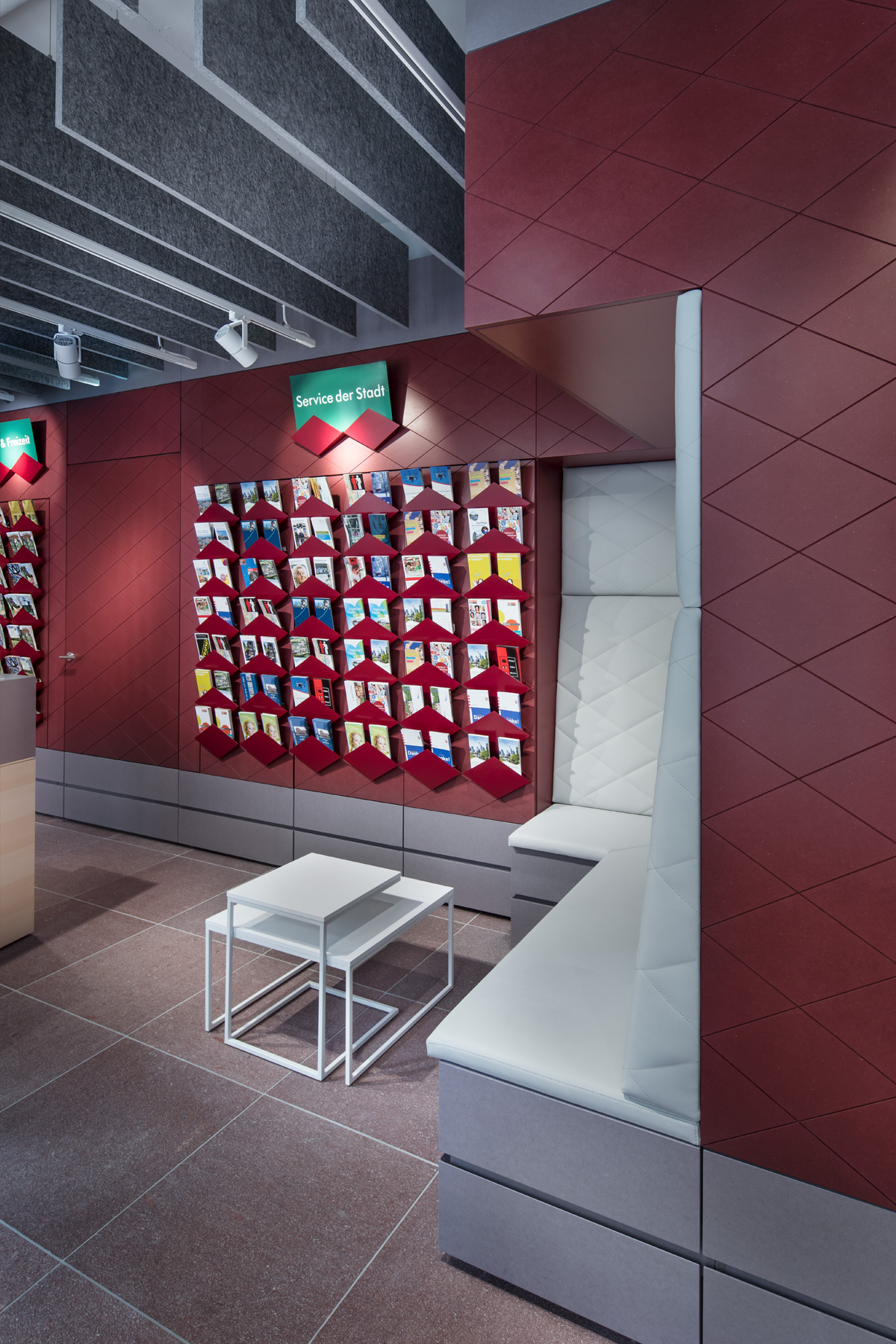 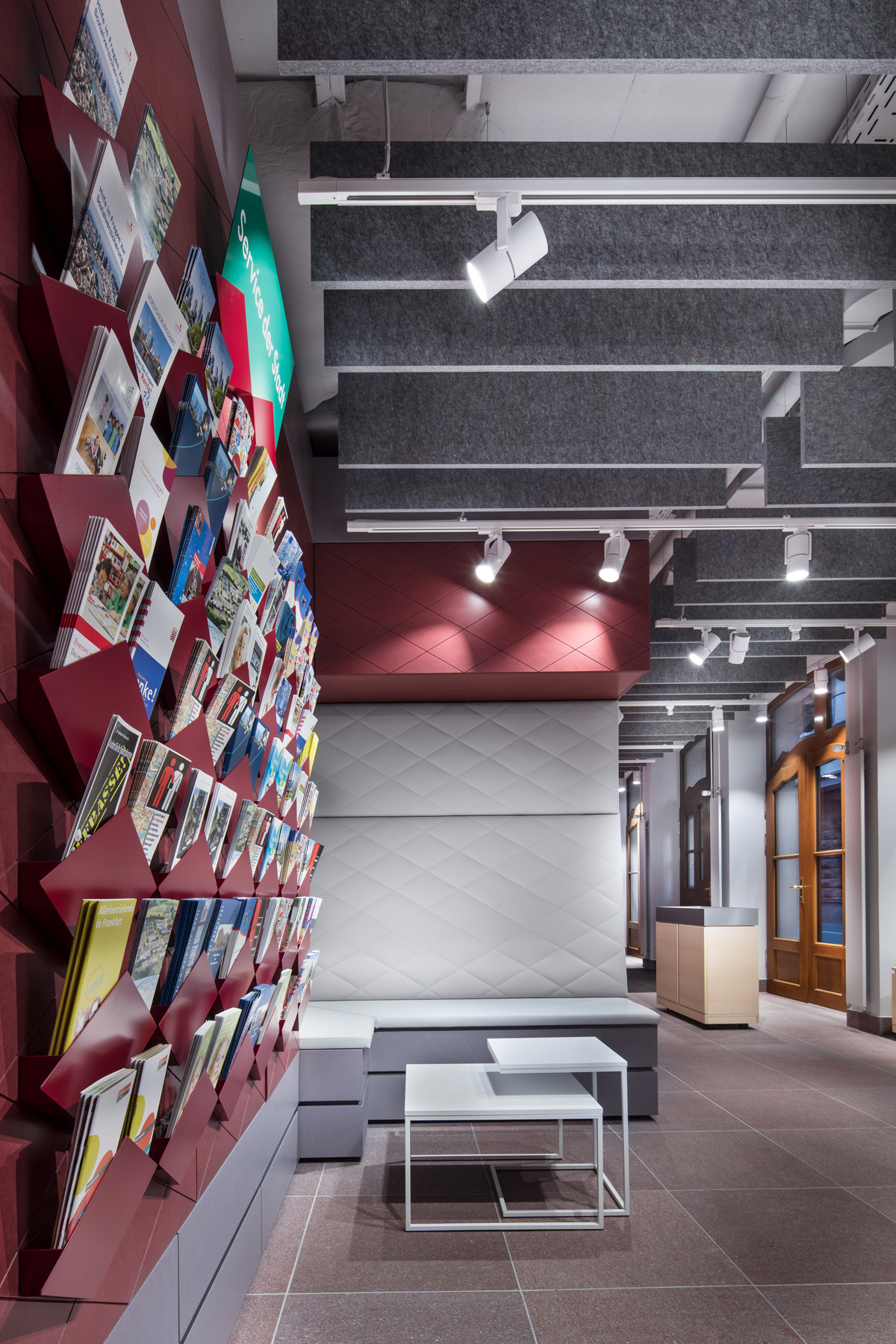 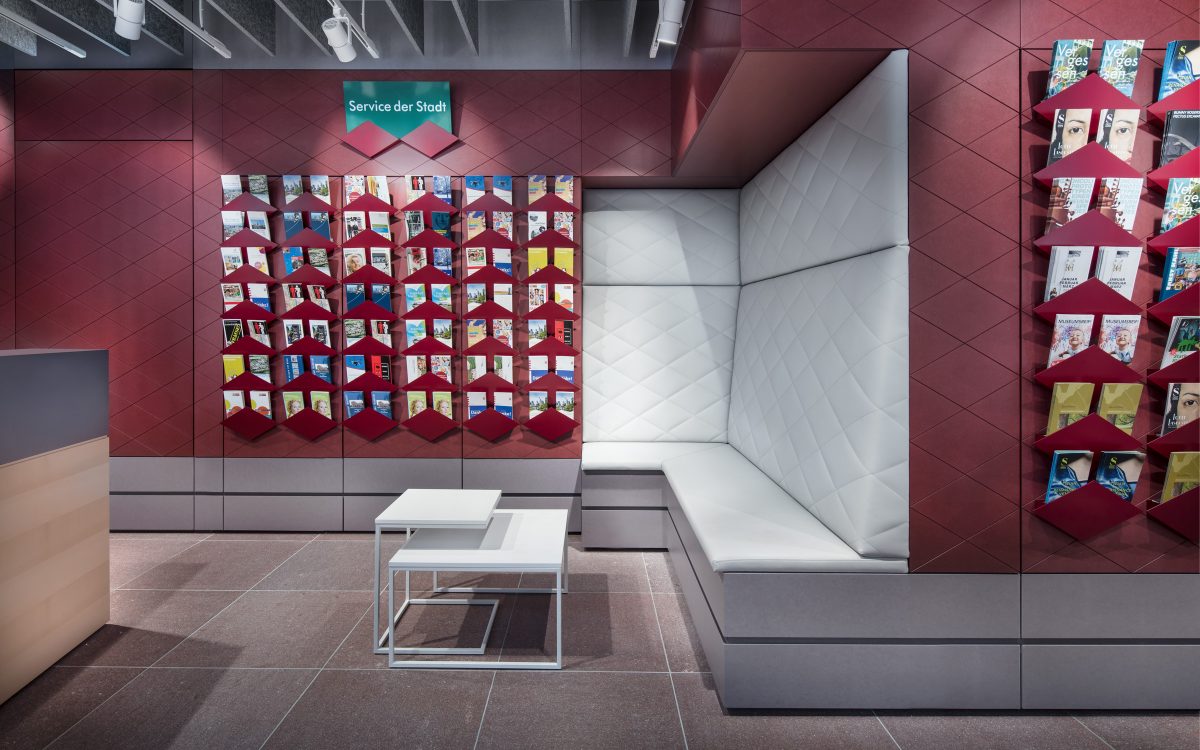 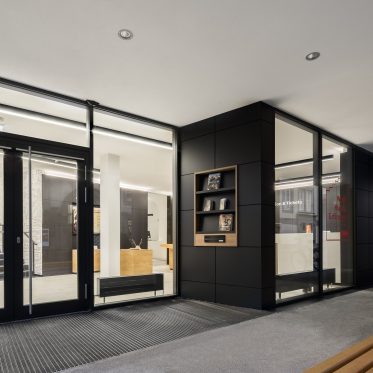 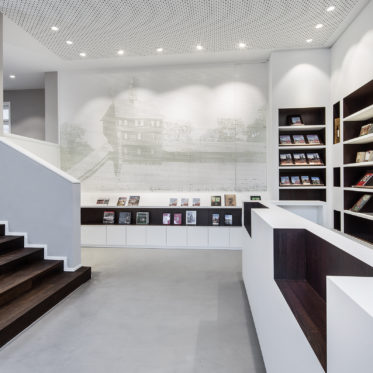 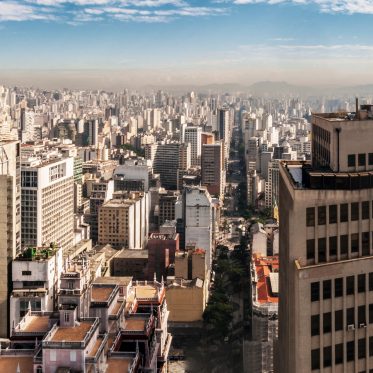 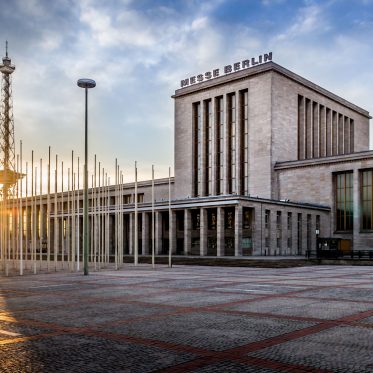